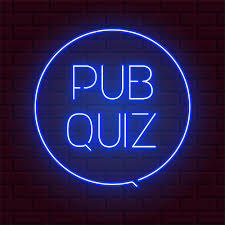 Another quiz @ the HARBOUR Arms

From the quiz master general Jared. Answers will be updated next week :)

That Was The Week That Was:

1. Usain Bolt’s partner Kasi Bennet gave birth to a baby daughter back in May, but this week the couple announced their daughter’s name over Twitter. What is the baby’s full name?

2. Graham Moss from Doncaster had his webcam feed banned by Facebook for “sex and nudity”, what was he streaming?

3. Shamann Walton of San Francisco, California has put forth a proposal for an ordinance to be introduced to outlaw racially motivated 911 calls. The proposal comes after Amy Cooper called the police after a black man birdwatching asked her to put her dog on a leash. What is the new Californian proposal set to be called?

4. What happened live on air to CNN reporter Bruna Macedo as she was reporting from Brazil about the potential flooding in Sao Paulo due to heavy rainfall?

5. Last Saturday saw the Annual 4th of July Nathan’s Famous Hot Dog Eating Contest. The Men’s Mustard Belt was won by Joey Chestnut who also holds the world records for eating apple pies and burritos. To the nearest five hot dogs, how many did Joey consume in 10 minutes?

1. By what name is Jack Dawkins better known as in the musical film Oliver?

2. In the Wizard of Oz Glinda is the Good Witch of which point of the compass?

3. Which actress plays Tallulah in the 1975 film Bugsy Malone?

4. Which musical features the play “Spring time for Hitler: A Gay Romp with Adolf and Eva at Berchtesgaden”?

5. In the song “My Favourite Things” from the Sound of Music five separate specific items are named by Maria in the opening verse. One point for each of the five you can name.

1. What is the middle name of the current President of the United States?

3. With an average of 1.9m visitors every year what is the most popular UK attraction outside of London?

4. She was mugged at knife point. Both of her phones were taken, but she was unharmed.

5. Raindrops on roses and whiskers on kittens, bright copper kettles and warm woollen mittens. Brown paper packages tied up with strings, these are a few of my favourite things.

Any of the words in bold are worth a point :)

3. Chester Zoo. Stonehenge is 4th with 1.38m behind The National Museum of Scotland and Edinburgh Castle

More quizzical quizzing Another quiz @ the HARBOUR Arms We're back in (ish) What’s a virtual pub without a virtual pub quiz? A game of “House” – No, not the lockdown kind… Keeping things ticking along - and some stepping up A Covid-19 update from / about HARBOUR GDPR day (Getting Down with Processing things n people Right!) A RADical start to 2020 LVing a new launch for Allianz