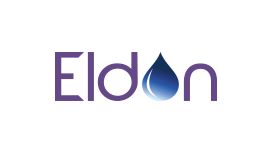 We've always said we're not fans of "out of the box / off the shelf" solutions. Getting to understand a client's requirements can be nuanced, and whilst there are more than a few sausage-factory-esque merchants in this 'ere ATS market, we see ourselves as a little more artisan in our approach (too much? OK - probably - but you know what I mean). More Paul (Hollywood) than Greggs (not that I don't have a significant soft spot for a Greggs sausage roll!).

But sometimes - well, sometimes someone knows what they want and they want it swiftly. So why not.

A lady who had worked with HARBOUR whilst at Bristol Airport [read more about that solution] rang us up when she started at Eldon with a predicament: "We need a solution, but we need it sharpish. Our growth projection is ambitious and this recruitment needs to be properly underpinned".

Well there's nothing we like more than working with people who we've already enjoyed working with, so we agreed that we'd probably be able to match whatever timeframe any of the other systems she was talking to would offer her - the difference being we weren't just salespeople trying to close a deal. We'd looked at the schedule and confirmed commitments and were happy we could move enough around to ensure this happened. A demo or two later and it's as good as ours, but "could we deliver the system from scope sign off to live in 2-3 weeks?".

Don't get me wrong - the system didn't need to be as evolved as Bristol Airport's with OnBoarding or a bespoke ATS lite job board element - it was pretty straight up and down as these things go. And with the Bristol Airport functionality as a great reference point for functionality conversations, well, we were speaking the same language from the get-go.

So get-going we did - and using our recent work on refining our core platform (HARBOUR Quantum), 2 weeks later the client was UATing and we were standing by to go live.

"We were looking for an end to end recruitment solution for the business that has never had an ATS before. I had worked with HARBOUR in a previous role where the system was fully set up and integrated with Cascade (the HR system) and thought it was brilliant, so they were instantly on my list to contact for a demo.

Myself and the entire HR team have been so impressed with HARBOUR from Ben’s initial support with the proposal, his visit to show the team the capabilities of the system, the customization/configuration that met our specific operational requirements, right through to a seamless and well organised implementation and now in the operational phase.

There has been an extremely high level of responsiveness, level of knowledge and customer service. There really is nothing not to like and we can’t wait to expand upon HARBOUR’s capabilities in the future."

Happy client - pleased as punch us. And all over August holiday silly season :)