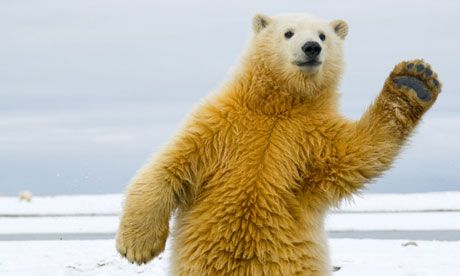 This came up today in a little back and forth on Twitter & got me so agitated that I wanted to air it here too. The micro debate centred around the use of Flash (or at least the exclusive use of flash) in website builds.

Now firstly let me say that I'm a Flash fan and for a long time have been in awe of the experience you can get through flash sites. It annoys me that I can't see them on my iPhone (nor could I if I had an iPad - but I don't, so "whatever"), but at the same time I understand that we can't always have everything on every platform (until HTML5 is here and everyone moves to that of course ;) In my day I have produced and overseen my fair share of Flash site builds - even Flash exclusive sites (about 8years ago I was responsible for building a multi award winning site for Codemasters where the target audience was Game Developers & the like - so if they didn't have a decent internet connection speed and Flash then that was a pretty effective first sift criteria to fail). So if you're confident that the target audience are absolutely going to have the set up to access the site and you don't care about considering accessibility or SEO (both of which flash comprehensively fails at) then fill your boots.

But what REALLY pissed me off was a cross the bow shot of Adobe statistics (see them here). If you have a cursory look it's pretty damned impressive. As of June 2010:

Flash player 8 & below has penetrated 99.7% of all PCs in Europe

Flash player 10 has penetrated 97.9% of all PCs in Europe

Now that's all massively impressive. Until you have a little scratch into the methodology. Have a guess how many people they asked? Bear in mind that the UK has an estimated 46.5m people with internet access. (France 42.3m; Germany 61.9m). So go on - how many you reckon? out of a user base of 150.7million people?

FFS - this is one of the worlds foremost software providers conducting research to try prove their global reach across the web. And they gathered responses from 350 people in the UK to give us a 99.7% figure. 350 people who I daresay are about as representative of the wider UK user as I am of 8stone females in their 20s named Alex. But that's a whole other story.

So build sites in flash. Make them beautiful & engaging. Bask in smoothness, trickery and utilise all the cleverness Flash allows. But don't justify your approach (to yourself or your clients) based on a user reach that is effectively not much better than made up data.

BTW - in a study this afternoon 100% of people thought my opinion in this matter was spot on. *

*I asked 4 people and my dog

We’re blowing our own trumpet All aboard the candidate express! Has psychometric testing had its day? How to do social recruiting Want more candidates? Get accessible! A Right Royal Munch Up What – no dentist appointment? Modern recruiting tools, neurodiversity and keeping human Meet Alex Hens, CEO of HARBOUR How to Recruit Neurodiverse Talent